On Monday 22nd May 2017, a new donkey arrived at the sanctuary. Jonathan (as we decided to call him) was found as a stray wandering the streets of a village near Tel Aviv. The lady who found him knew of Safe Haven’s work and very kindly arranged for him to be brought to us. When he arrived, Jonathan, who is about 5 years old, was clearly very frightened and reluctant to come out of the horse box. As well as a number of small wounds, Jonathan had a huge wound in his side that had obviously been causing him pain for some time. After giving Jonathan some hay to munch on and giving him a cooling wash, our Farm Manager cleaned out the wound and called out the vet. Dr Pierre came and treated the wound which he thinks was probably caused by a knife and which had then become infected during poor Jonathan’s time on the street. Jonathan has had a terrible time but he is now safe at the sanctuary and our vet expects that he will make a full recovery. 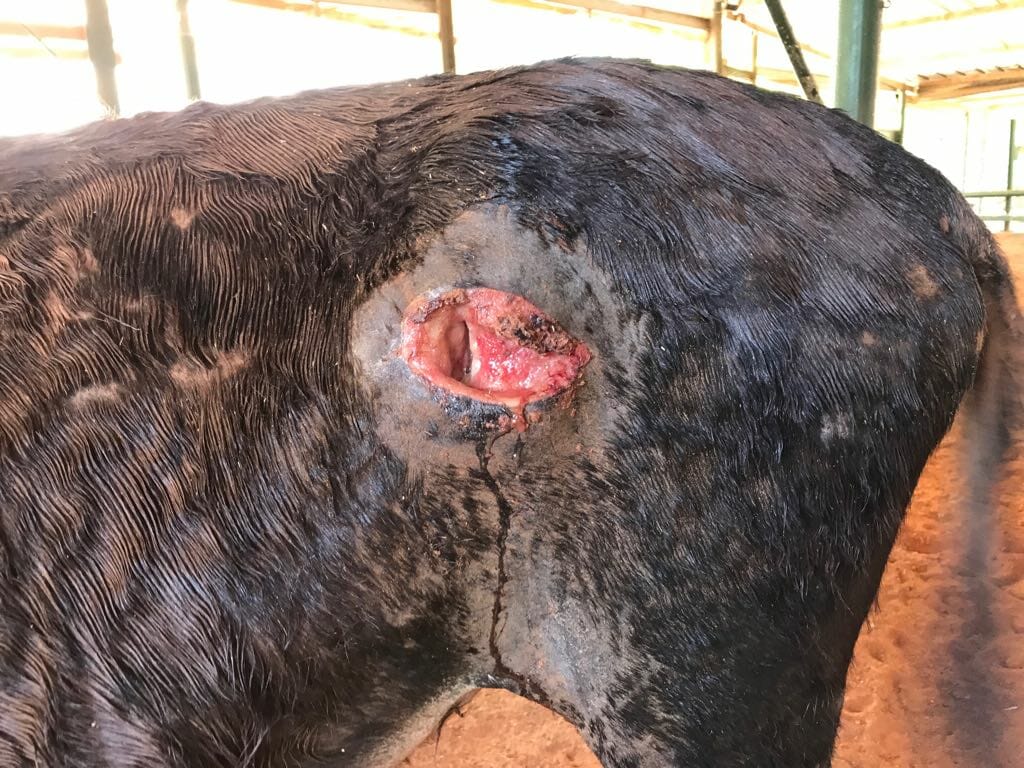