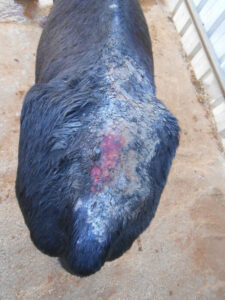 A 7 years old castrated donkey he is related to a small child from Balata camp, the owner used to ride his donkey while he was attached to a big Cart and go to the vegetable market (AL HESBA) to collect the Non-sold vegetables and fruits because of its shape or un-wanted from humans and the owner use it to feed his sheep.

The poor donkey arrived to our station after a few weeks of his wounds, the wounds happened from his other brother, who had never rode this donkey before, he used a very hard wooden stick to make this donkey walk , and he was punishing him for walking to slow while pulling the Cart 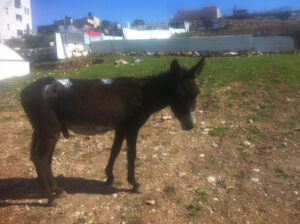 The wound was so infected and dirty the owner’s father had used a dirty car oil to protect the donkey from flies attacking, this had made the infected wound worse than before.

He arrived to our Haven with severe pain, a very bad pain in which nobody can ever describe it except the person who watched him. The pain was so bad it made him sit on the ground by just touching the wound.

We gave him a simple treatment for the local wounds and gave him strong painkillers with the appropriate antibiotics. We convinced the child to make his donkey stay with us as longer as possible, and we told him if he takes him he will never be able to manage the wounds and giving him the medications that he needed! He watched us while we were treating the donkey and he was sure that his donkey will never get any care in another place. THANK GOD it worked, and that donkey stayed with us.

The donkey was in our Haven resting and enjoying the fresh hay and the suitable grains that he had never had before, receiving the appropriate medical treatment and the best care and love that he needed. 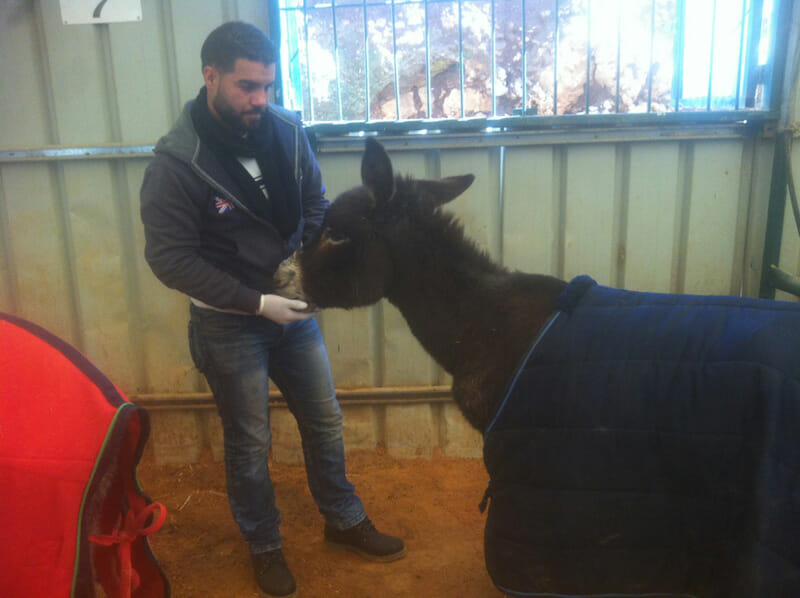 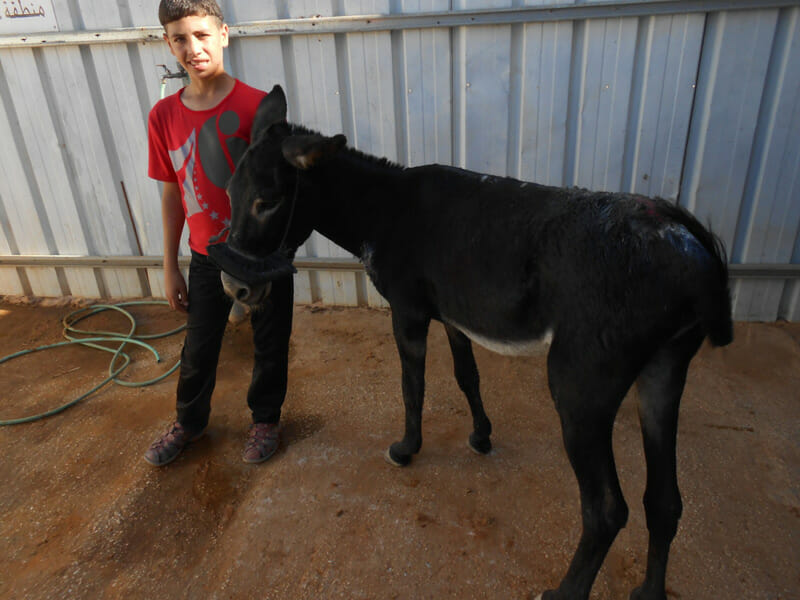 The last few pictures are taken after two months of treatment where the healing process is fantastic, the wounds are totally closed.
Shopping Cart
0
0
Your Cart
Your cart is empty
Continue Shopping
Scroll to Top