Donkeys are said to have an extremely good memory, remembering a place they have been or other donkeys they have met 25 years ago. But does anyone really know this for sure? And how does a donkey even demonstrate their ability to recall anything?

British charity Safe Haven runs a donkey sanctuary in the north of Israel, caring for around 200 unwanted and abused donkeys of all ages. It was here, on 29th September, that the charity’s Chief Executive, Tim Wass MBE, witnessed a remarkable reunion which proves beyond any doubt that donkeys not only remember people, but affection too.

Tim returned from some outreach work to the sanctuary to see the manager, Abed, chatting to a couple next to the stable. The man, who was tall and very broad, was introduced as Isaac. It turned out that he had worked at the sanctuary over twelve years previously.

He and Tim chatted for a while before Isaac asked if he could visit the donkeys. Tim naturally agreed and before long, Isaac was back in the field where he’d once worked, standing in the midst of a large group of donkeys. Tim asked him if he recognised any of them.

Isaac responded by calling out the name of a donkey he’d known particularly well. “Chico” he cried out, “Chi, Chi, Chi, Chico…..!”

In the distance, out of the herd of 191 donkeys, one animal emerged and began walking purposefully towards Isaac. When Chico reached him, it was soon very clear how he felt towards the man. He rested his head on Isaac’s shoulder and muzzled his face, eventually pulling his lips back over his teeth to reveal a huge grin.

As this reunion was happening, Isaac explained that he had reared Chico after the animal arrived at the sanctuary as a foal. As Isaac put it, “I spoiled him every day”.

It was over twelve years since the two of them had last seen each other. In all likelihood, both had changed a little. Yet for Chico, those warm memories were as fresh as yesterday.

Tim has since described the encounter as both spine-tingling and heart-melting. “Witnessing the moment when a donkey remembers a beloved human handler is just incredible,” he said.

Tim invited Isaac back the following day and filmed him with Chico. Exactly the same thing happened. Tim has now offered Isaac a part-time job at the sanctuary and, to everyone’s delight – not least Chico’s – Isaac has agreed to come back.

It turns out that Chico and Isaac will get to be the best of friends all over again. 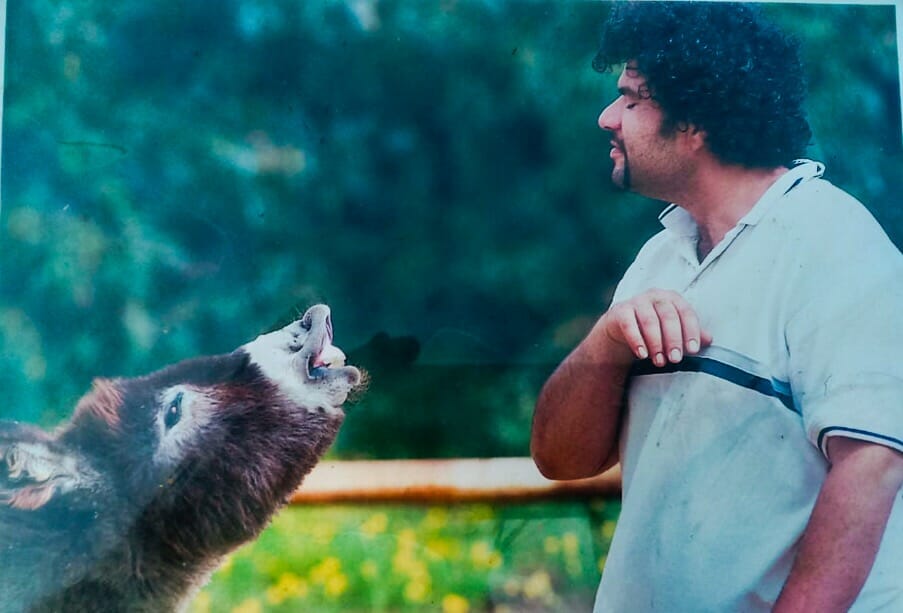 With thanks to Paddy Magrane for writing this beautiful piece.