Update from the Sanctuary and the West Bank – 3 November 2022

Moussa and Ali have (in our opinion) the best job in the world. Just look at this joyous video of the donkeys being given some watermelon. It’s no wonder the donkeys love the team so much!

Tareq has been busy too – we’ve noticed that too many of the donkeys were having problems with eye ulcers recently. This is sometimes caused when the donkeys feed, if hay is accidentally getting into their eyes. Tareq has built an amazing feeder which you can see below. Because the donkeys aren’t able to ‘push’ their heads down onto the hay they’re less likely to push it into their eyes. Well done Tareq!

Dr Eyed and Ahmad have been treating animals over at the vegetable market this last week, in the Hebron area: 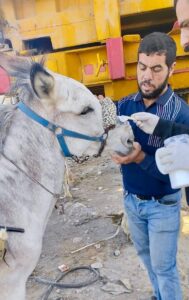 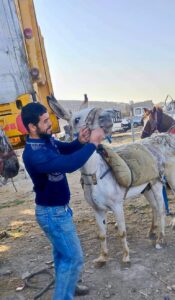 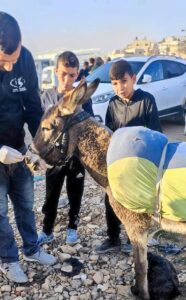 Unfortunately the market over in Nablus is still cancelled, so Dr Rakan and Wael treated some donkeys at the Rescue Centre clinic but also headed out to help some working donkeys. These hard working animals are helping to clean the local cemetery: 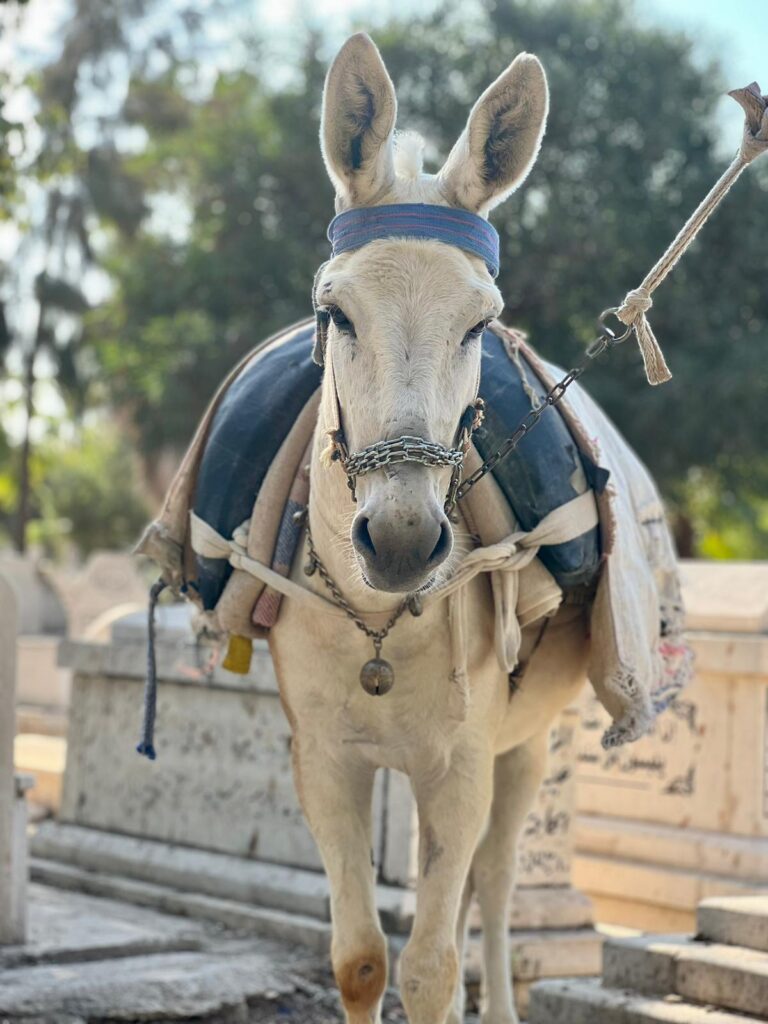 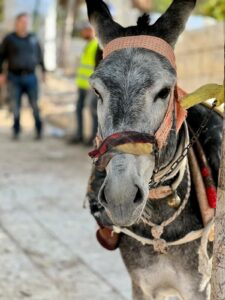 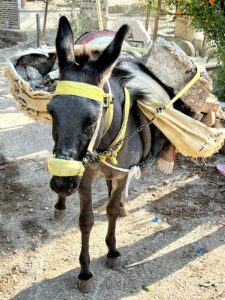